Cults and the power of mastering communication skills

Most people, who research/read about cults have at least once in their lives wondered, “How exactly do these self-claimed “Gurus” manage to get people so enchanted to their groups?”
Captivating their attention and forming the way they feel, see things, and what they choose to listen to. Many see it as, them convincing victims on how to feel in certain situations, defining their definition of right and wrong sort of thing. Perhaps through persuasive talk, lovey-dovey talk, blackmail, and built up trust. While this is true, it doesn’t really explain to us; “How?” nor, “why does this work?”
We know that it is a form of manipulation, but maybe we should take a deeper look into what it exactly is.
I must say that, this isn’t just something cults and narcissistic people use, to tell you the truth, we all do it. We just don’t realize the ways we do it. An example could be from our parents or close relationships where one would say;
“Do this/ don’t do that or else I will…”, (implanting fear/ threat), where if one resists they might end with a, “You know what, it’s fine… you don’t have to do it.” most likely many people, due to self pride or fear of disapproval, will end up doing it.

If we ourselves do it, we might not really call it, a form of manipulating but we know deep down that by saying it, we expect to get what we want.
Just like we don’t catch our own, we most likely won’t catch the ways narcissists/cults/religions do it, which not catching on it, is the main reason why one finds himself/herself inside a cult/relationship that they want to get out of, but feel like they cant. (For various self-implanted reasons, due to the ways the group or person made them feel, see or apprehend themselves, their emotions, the group or even life itself.)

These gurus/narcissists/religions, on the other hand, are very aware of it and in control of their own reactions to the person’s responses. If they are truly focused on making someone emotionally dependant, they will tune into your own language. Even if that requires them to uncomfortably adapt their body language in means to either make the person uncomfortable or to fool the person’s visual, auditory, emotions towards themselves. What they do isn’t some formula spell, it is very simple, which is understanding the physiology, neurology, and the communication of an individual. (also known as NLP)
One doesn’t need to specifically learn NLP in order to understand, that if you observe and listen intensively to those specific qualities in a person, (Communication, physiology, neurology), you will be able to know what triggers them in what way, emotionally.

Communicating with the same language you convey

Seeking to understand and build trust with their targets
NLP isn’t something we should see as totally bad, it can actually really help people to understand, the way they think/feel about their “problems”. Of course, if used by people with good intentions. Where they push the person to know if what they feel, what they imagine, and what they say/think, is something that they truly want to keep doing.

Let’s say you fear to talk to new people, NLP can actually help you to know/understand what/how-it makes you feel fear when talking to people. It can also give you ways to deprogram that fear that was annexed inside of you. Fears caused by traumas, people you had in your past, or a simple scare that happened once in your life (where it had a psychological affect on you). Those same events (what you saw, said/heard, and felt), events that we tend to repeat over and over again inside our heads, until they become a habit. That has to do with how big and loud your fear/memory/trauma feels to you, once you acknowledge that, you can exercise into perceiving your fear in a totally different way, by just asking a few questions. Aka, Testing the rationality/purpose of your fear and if it even benefits you in any way. Does it qualify to the same fear of jumping off of a plane without parachutes or is it a fear that won’t cause you any harm anymore. After all if it is something that happened in the past, why die fearing it when that season clearly came to an end in your life. Why call it back and expect it with certainty in your future? When clearly only you can actually build your own future. Yes things can come your way, but no one but yourself can react towards them for you.

Just like with everything that causes benefit and growth, NLP (or just having a common sense of how humans function), can also be used to cause harm. When one seeks help they usually feel down, maybe at their rock bottom. This allows people with the wrong intent, to in ways enchant/convince you that the way you see, hear and feel their presence/energy/”care”, is the cause/reason of why you are now feeling good and happy. In short, they find ways to make your happy self feel dependent on them (their attention/words/”care”) in order for you to be happy.

This is where Cults, some religions, self-claimed “self-help groups” come into play. They make you feel that they see, hear, and understand you better than anyone else. All they need to do is bring a relative event in order to make you feel understood and heard. Another way they do it is by taking advantages where you least expect,

they might say things along the lines of, “You know… you were very sad yesterday, but now that I hear you being so joyful after our little conversation, I can sense how happy and better you feel now.

Or let’s say you were laughing at something that happened when they were present with you, they may laugh along and say stuff such as, “I saw you yesterday with your friends, you were smiling, but honestly you didn’t seem that happy. You sound/look happier here. You know?” (Here= with Me/us)

Something many try, is to make you “attached” to the group/person, by observing and later tunning in with the words you choose to say while speaking, (whether you speak in visual language (I see, big, colorful..etc), auditory language (loud, I hear, listen…etc), feeling language (I feel, I’m sad, understand, confused).

However, they also look into “silent languages” as well such as; the way your body language changes as the conversation or scene proceeds (crossed arms, leaning back, tics…etc) and also the way you react/feel when confronted with different triggers. (Refering to what I said in the above paragraphs, where they might purposely change their body language in means to observe the way you react to it; are you comfortable, scared, uncomfortable by it…etc)

In order to make you feel understood, that their total focus right now is “YOU” all they need to do is to communicate with the same language you convey.

Target: “You have no idea how awesome I felt during the vacation. I spoke to so many new people and they all were so lovely and kind to me. I think I’m overcomming the fear.”

Person: “That sounds wonderful I’m really happy that you’re overcomming it. What did they say that was lovely?”

While they do this, you might end up feeling understood, listened, seen, which makes you relax and relieved to feel slightly better. It feels like a reassurance and it focus on you= where they end it with a question, to make you know you can go on. So you want more. This is where you end up lancing your anchor out of your ship, (some of your trust, emotions), at the wrong time in the wrong place. We all know what happens to a ship when you throw off the anchor, it gets stuck.

And yes, this is like just having a totally innocent conversation, with no purpose behind it. The sad truth is that maybe we are too unaware of the ways we react during conversations, where that unawareness can be used for harm against ourselves.

But if we know the tactics it can help us tremendously, into seeing these patterns not only on Cult gurus and narcissistic people, but in news media, politics, tv shows, ads, and even in simple food commercials.
After all, if they want you to buy their product, see their shows, listen to them, actually feel their care for you, they need to know how to keep you entertained during the process. So much, in fact, that from something you perhaps hated before, you come out loving it.

Of course, these things here are only a few of the many tactics many individuals use on victims, especially because these things always require improvement. An endless loop of studying people’s behaviors. Just like they keep improving on their approach towards their victims, so do their victims improve and if they ever do mistakes, (by achieving unwished reactions), they have to find ways to change it. Where they can completely shape your perspectives on everything. yes, that too can be taken away from you as long as you give them allowance to do so.

The first thing that maybe we should admit to ourselves, is that there is no “ultimate guide” or “a one-way” manuscript that these cultists use. They use different tactics/methods for each individual, those tactics however remain the same, whereas the emotions and topics within those tactics vary.

I will be going into more detail in further posts and possibly similar along with worse doings inside the Montauk project that came out to be half true.

Thank you for reading 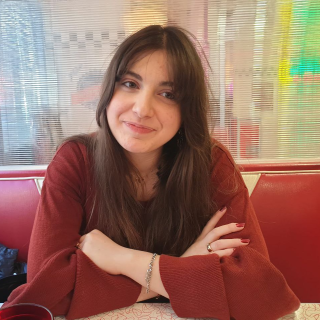